We Invest in Cybersecurity, Cloud, IoT and Data

Telefónica Tech Ventures is committed with the business & technological development of the startups invested.

Strategic investments, minority stakes, focused on take the relation between the startup and Telefónica Tech to the next level.

Series A, B, C; Companies with product-market fit and generating revenues.

Startups located in the top-notch technological markets (US & Israel).

Startups with operations in the main Telefónica Markets (Spain, Brazil, Germany and UK).

Outstanding Expertise in Cyber Security, cloud, IoT & Data
Benefit from the know-how of a leader team in the most growing B2B digital businesses

+3.000 employees in technical, operative and sales areas eager to empower your company fueling the relation between your startup and Telefónica.

Growth support and network composed of +50 relevant Venture Capital funds in which Telefónica Ventures is a Limited Partner and/or Co-Investor.

We track down and eliminate illegal copies of your assets through our technology platform. Our goal is to minimize the negative impact that such infringements have on your sales and brand reputation.

Protects applications against security bugs and business logic flaws throughout the SDLC without changing the source code.

Fraud orchestration and management software that provides an efficient and simple way to consolidate, manage and interrogate fraud data.

Developer of an online platform designed to offer GDPR compliance services that simplifies the process of detecting risks and protecting personal data.

Robot cyber security company that delivers security solutions against malware for robots and their components through a Robot Immune System that anticipates, prevents and mitigates vulnerabilities.

Cybersecurity software designed to offer fraud prevention and identity protection where users can be identified using complex algorithms, behavior analysis and machine learning, enabling the process of authentication and proof of life.

Take me there
Load more 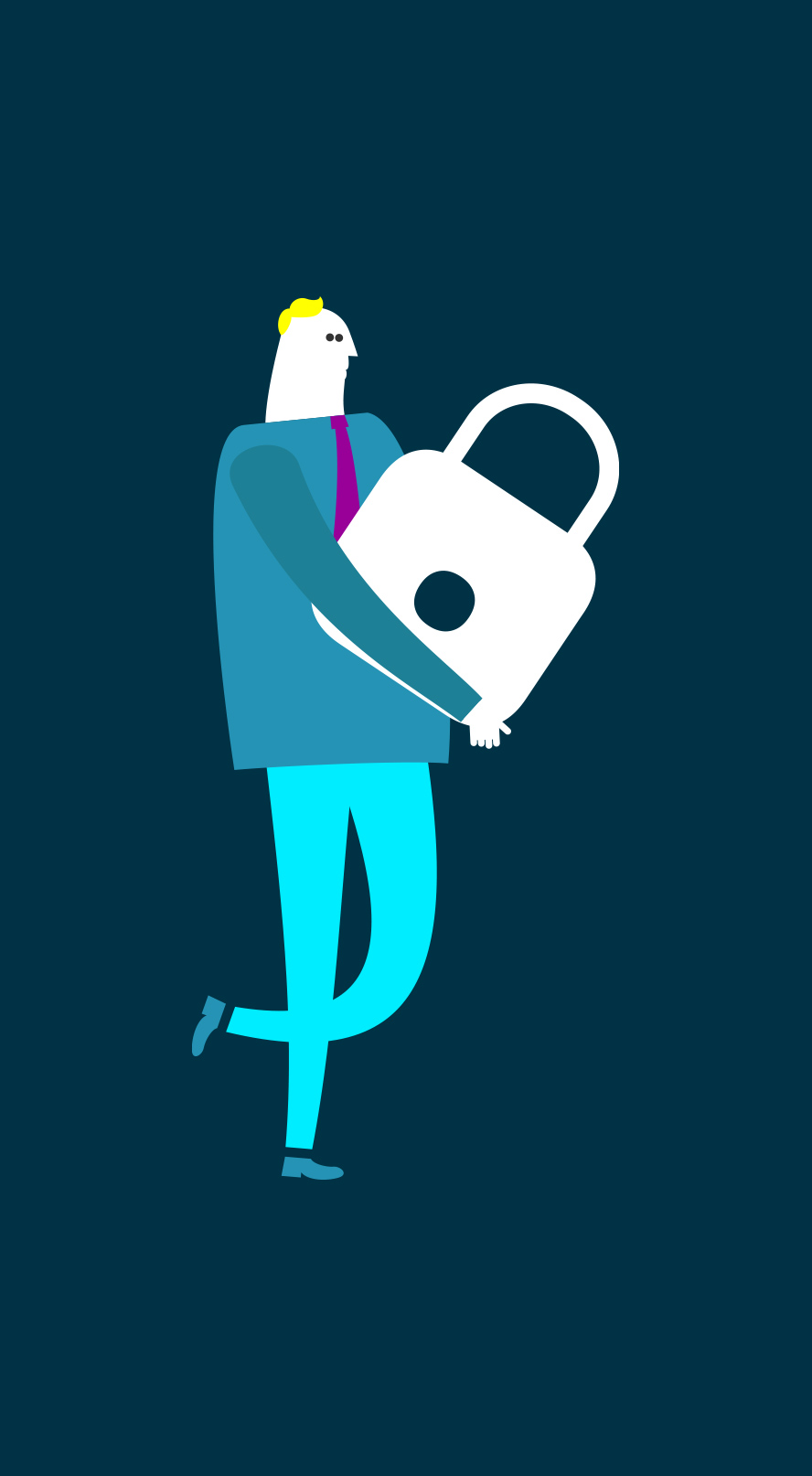 Telefónica Tech is a key holding of the Telefónica Group. The company offers a wide range of integrated technology services and solutions in Cyber Security, Cloud, IoT, Big Data and Blockchain. 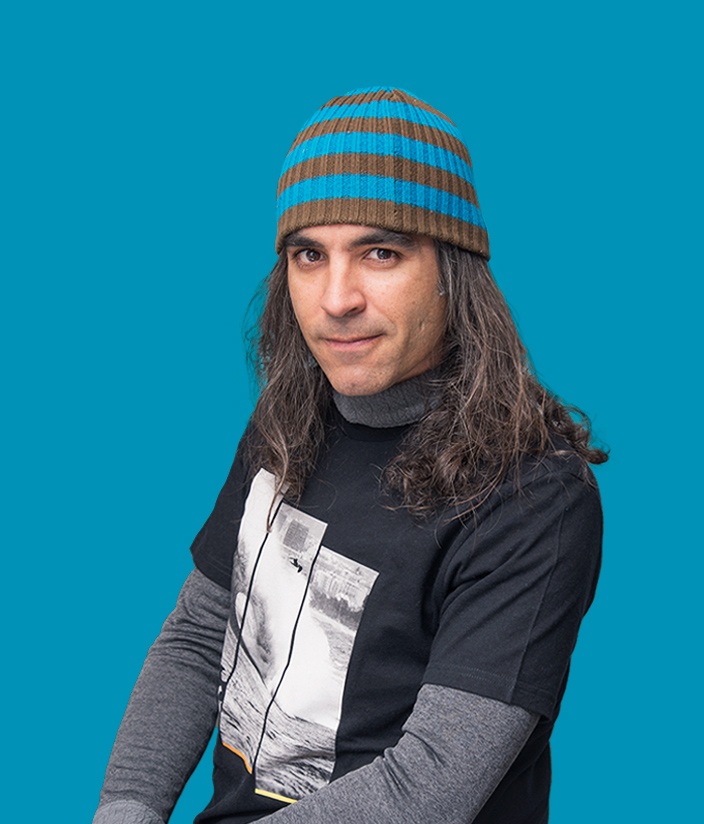 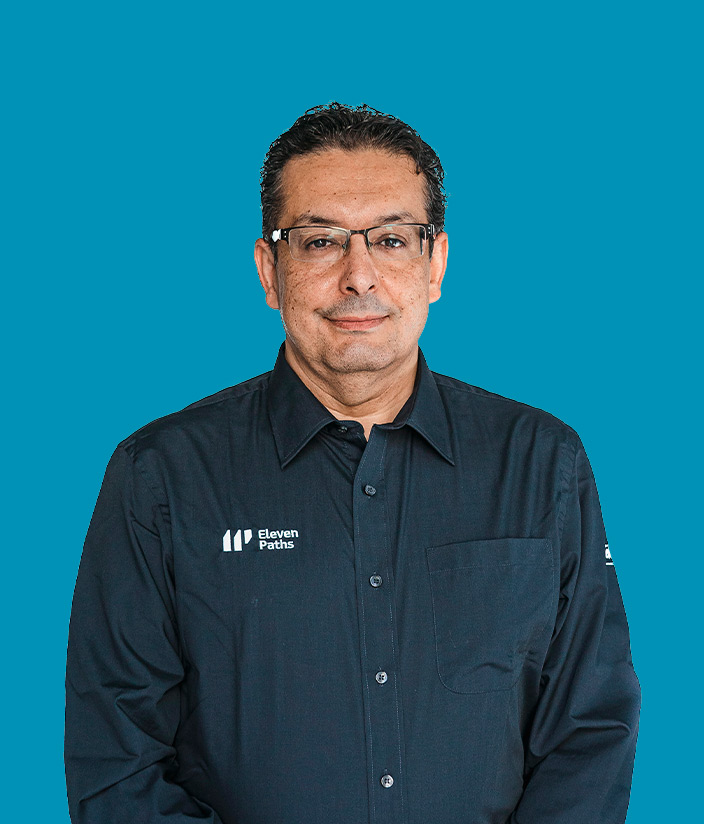 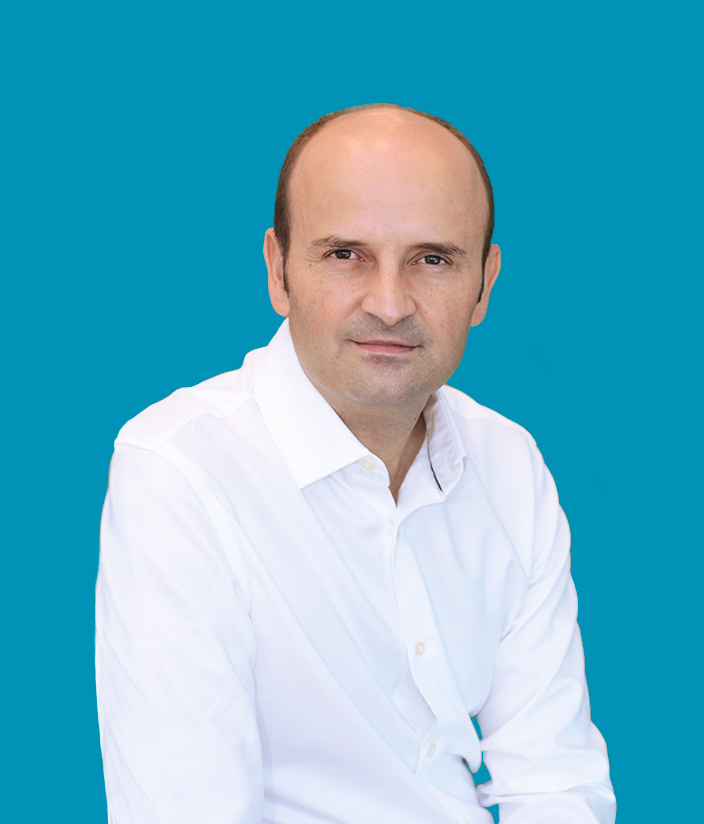 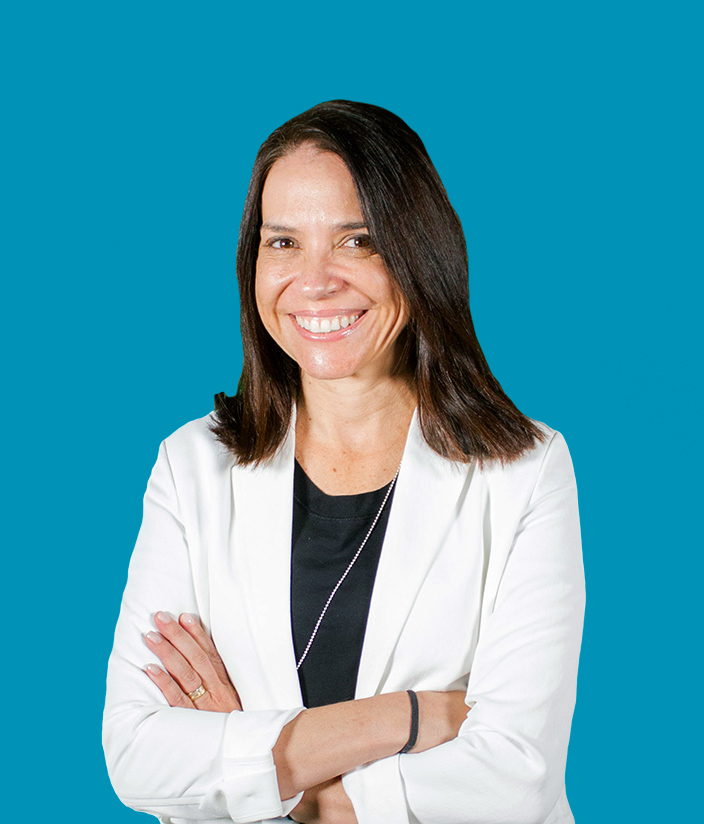 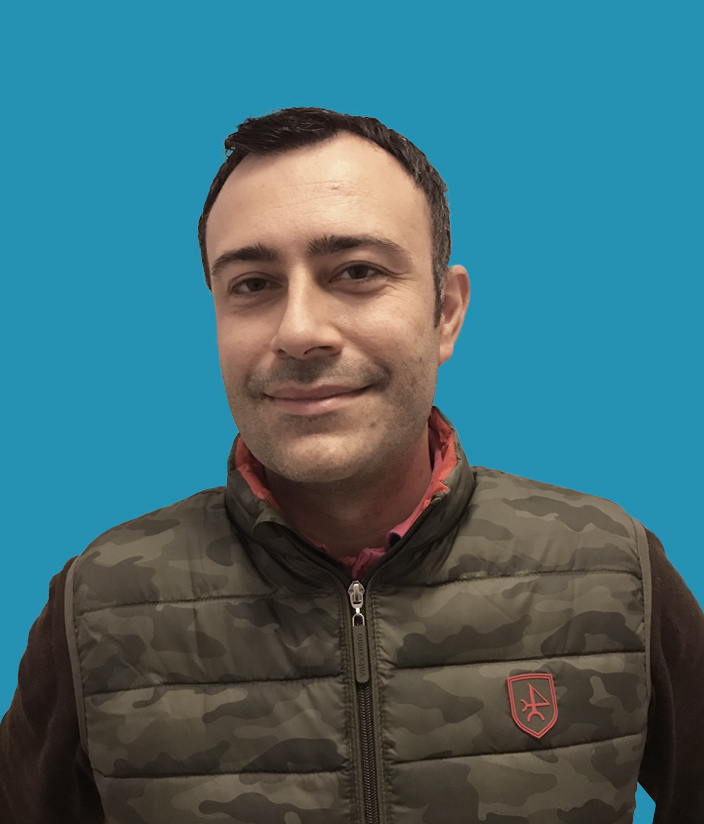 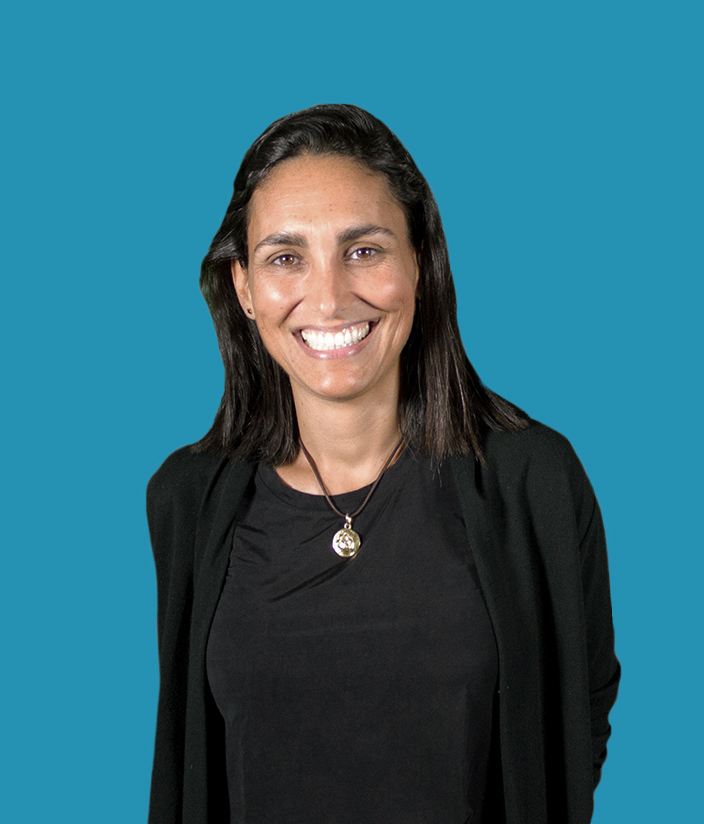 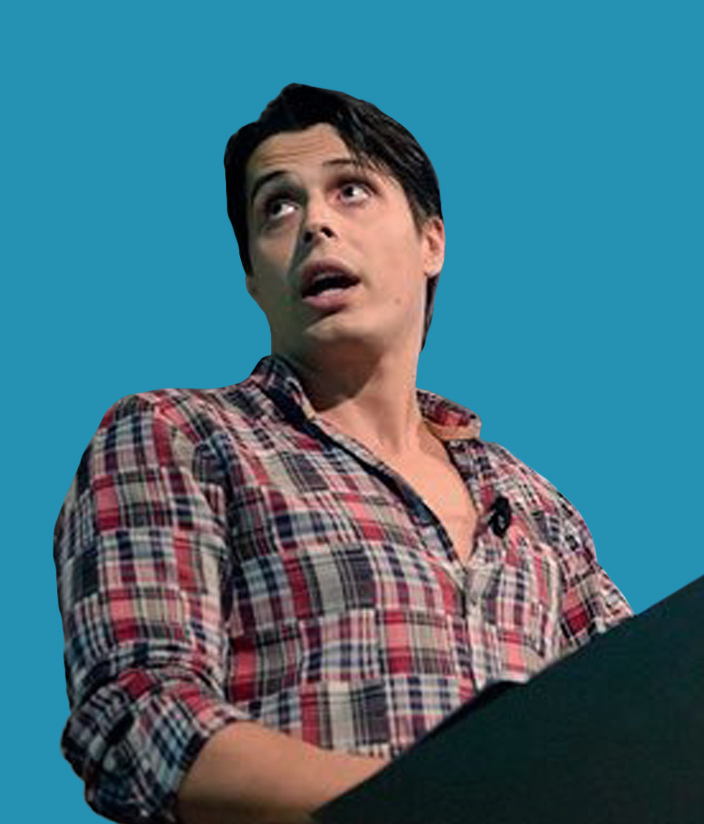 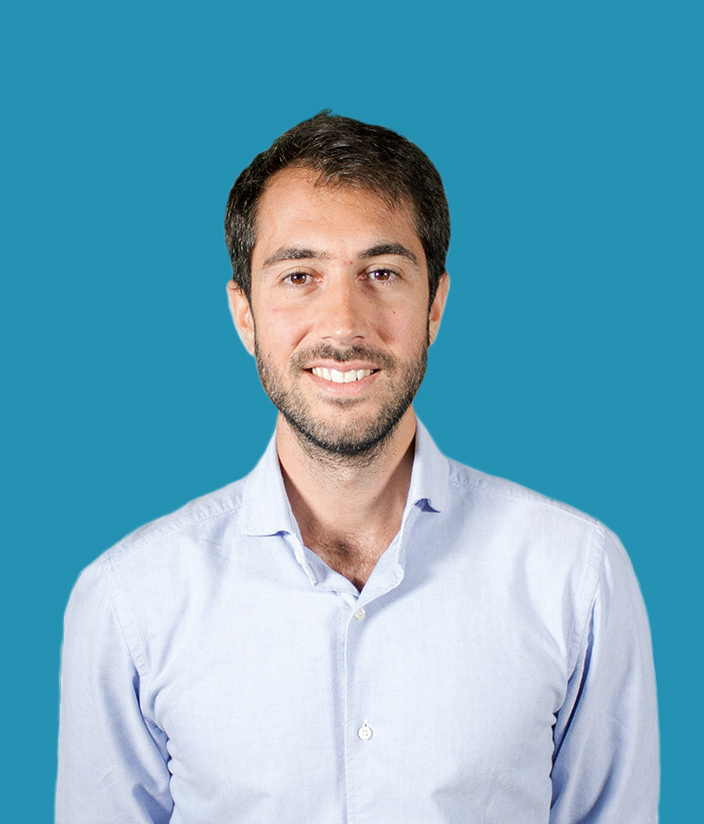 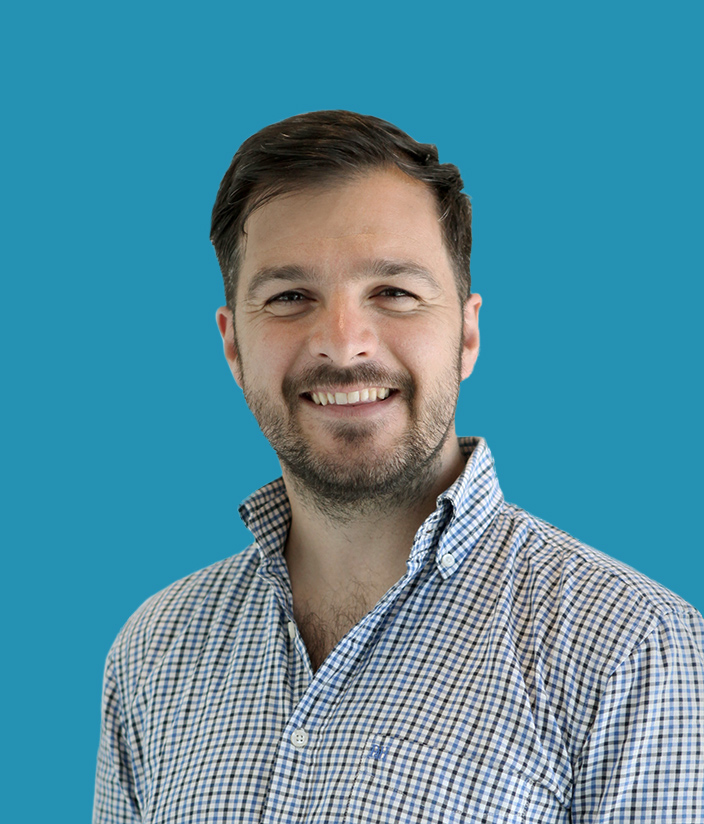 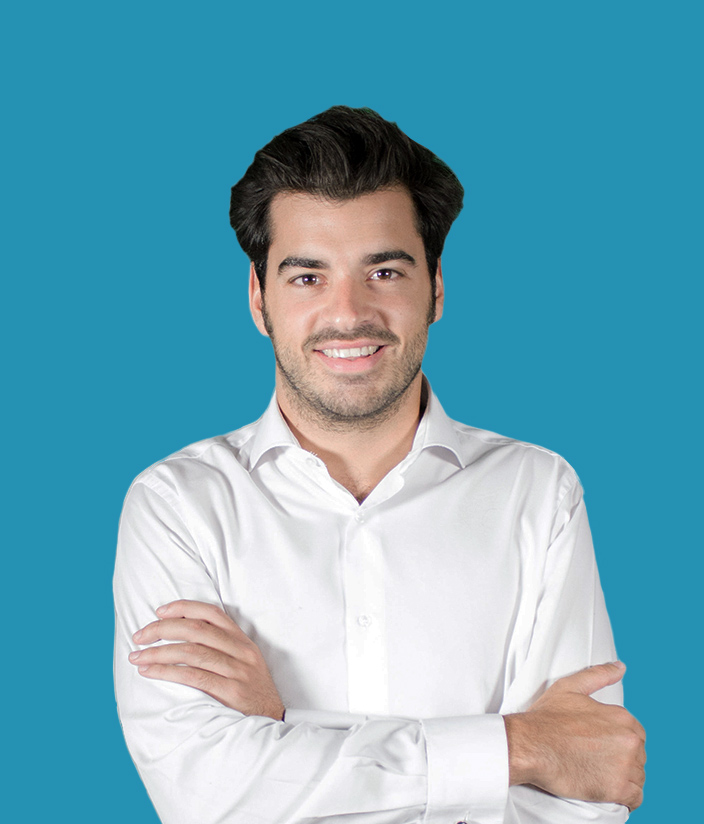 Chema Alonso is currently the Chief Digital Consumer Officer (CDCO) of Telefónica. In this role, he leads the strategy for the digitalisation of product and service sales processes and of the customer communication channels of the company. As the head of this Global Digital Consumer Unit, he also aims to promote innovation of new digital products and services as well as the generation of internal efficiency supported by the technological capacities of big data and artificial intelligence of Telefónica's fourth platform, with special focus on the digital home. With a long history in the area of innovation, he is also responsible for the innovation of Telefónica's core technologies as well as the company''s relationship with the entrepreneurial ecosystem under an open cooperation model.

He is also Chairman of ElevenPaths, the Cyber Security company belonging to Telefónica Tech, which integrates the company's Cloud, IoT/Big Data and Security businesses.

Rames Sarwat is an expert in identity management and electronic signature. He is the author of the book called "DNIe: technology and applications", and a vocal member of the sub-committees for the standardization of identification cards (SC17) and biometrics (SC37). Before joining ElevenPaths he was CEO of SmartAccess, director of professional services subsidiary of Microsoft in Spain for Public Sector, Health and Education, and project manager at NCR where he participated in several projects related to smart cards and biometric recognition.

David del Val Latorre is Director of Core Innovation at Telefonica and CEO of Telefonica Research and Development. He is responsible for the creation of new internal products and services for the group. In this role, he has pioneered the introduction in Telefonica of new paradigms such as Artificial Intelligence, Edge Computing, IoT, and Big Data.

He spent 6 years in the United States where he co-founded VXtreme, a technology company based in Silicon Valley, which he later sold to Microsoft. One of the early inventors of streaming media, he has participated in the founding of 11 start-ups and holds 16 international patents. He is also the president of 5TONIC, a 5G research association in Spain and have served on the board of the Telecom Infrastructure Project (TIP). He has taught Entrepreneurship at IE Business School.

David is a Telecommunications Engineer from the Universidad Politécnica de Madrid, has a Master's Degree in Computer Science from Stanford University and Executive Certificate in Management and Leadership from M.I.T.

In the last 3 years she has led Telefónica's Silicon Valley presence in Menlo Park, California.

Prior to this she worked as Business Manager to the Chief Commercial and Digital Officer and was responsible for the operations of the Advertising vertical in Telefónica Digital, where she led the expansion of Telefónica''s mobile advertising business from Europe to LATAM.

Guenia joined Telefónica 19 years ago as Corporate Strategy Manager and has held other global positions since then, as, Head of Marketing Best Practices and Senior Manager for Commercial Development. Her background is in management consultancy in McKinsey and The Boston Consulting Group. Guenia holds a BS in Chemical Engineering from University of São Paulo and an MBA from Kellogg School of Management, Northwestern University.

Pablo San Emeterio is a Computer Engineer and has a Master degree in Information Security from the UPM; he has different certifications such as CISA, CISM or OCA. He is passionate about new technologies and tremendous interest in cybersecurity. He has been working for more than 17 years in different positions related to software development and R + D + i. In the cybersecurity field, he has been working for more than 12 years, standing out mainly for his research on the security of different instant messaging applications together with works on hooking techniques.

This passion has allowed him to participate as a speaker at major international renowned events such as Shmoocon (Washington) or Black Hat (Amsterdam, Sao Paulo and Las Vegas), as well as repeated presentations at prestigious national congresses such as Rootedcon, STIC Conference, NcN , Navajas Negras, ConectaCON, etc.

He currently works as Head of Technical Evaluations in the Strategic Public Affairs & Investments department of Telefonica CyberTech.

Currently, Head of New Ventures at Telefónica Ventures. Prior to that, Pablo was Head of Innovation at Mutua Madrileña (MM), responsible of defining and launching new products and services to the market. MM is the second largest non-life insurance Group in Spain, with 5+ Bn€ premiums. He was also member of Antai Venture Builder Board of Directors (1st Spanish Venture Builder that launched companies like Wallapop, Glogo…). Before, He worked in Wayra (Telefónica Seed Stage Corporate Venturing Unit) managing the portfolio of +500 startups and partnerships between them and Telefónica. Also, He started his career working in several positions related with product management and business development in Telefónica Spain. Mentor of several startups in the Spanish and Brazilian ecosystem. Passionate about sports, geopolitics, venture capital and innovation. Executive MBA at IE Business School, Master of Marketing at ESIC Business School and Business Administration at Valladolid University and Bucks New University. His specialties in startups and innovation are focused on Fintech, Cyber, IoT, Video and Health.

Head of Investments at Telefónica Ventures. Prior to joining Telefonica almost 4 years ago, she worked as an Investment Banker for 14 years in top tier international Investment Banks (Citigroup, Merrill Lynch-Bank of America, UBS and the Royal Bank of Scotland). Along such years she developed a vast expertise in three main investment banking areas: M&A, Debt & Ratings Advisory and Transactional Banking (cash management, trade and FX products) in the abovementioned major international players.

Passionate about practicing ski and golf with my family. Committed with social proyects, having set up a programme of delivering staple food for 350 extreme poverty families during the first COVID confinement in the spring of 2020 in Madrid.

Jaime Sánchez (aka @segofensiva) has worked for over 20 years as a specialist advisor for large national and international companies, focusing on different aspects of security such as consulting, auditing, training, and ethical hacking techniques. He holds a Computer Engineering degree and an Executive MBA. In addition, he holds several certifications, like CISA, CISM, CISSP, just to name a few, and a NATO SECRET security clearance, as a result of his role as advisory of many law enforcement organizations, banks and large companies in Europe and Spain.

He has spoken in renowned security conferences nationally and internationally, as in RootedCON, Nuit du Hack, Black Hat, Defcon, DerbyCON, NocOnName, Deepsec, Shmoocon or Cyber Defence Symposium, among others. As a result of his researches, he has notified security findings and vulnerabilities to top companies and vendors, like Banco Popular, WhatsApp, Snapchat, Microsoft, Apple etc.

Álvaro Gracia is a member of the Telefónica Ventures team where he focuses in cyber security, cloud and blockchain technology investment sourcing, due diligence, execution and portfolio management. Prior to joining Telefónica Ventures, Álvaro started his career as an auditor at Deloitte and later worked creating financial models for PE/ VC funds and Startups.

Álvaro holds a BSc in Economics from Carlos III University, a MSc in Audit and Corporate Development from ICADE and earned his MBA at IE Business School. Passionate about tech, finance and motorcycles, he managed US and LATAM investments as Head of US Investments in Silicon Valley.

Rafael Amorós is a member of the Telefónica Ventures Team. +10 years of experience designing networks, leading key proposals, evaluating new technologies and researching industry trends working in Telefonica in Product and engineering areas. + 3 years in contact with startups and the whole entrepreneurship area. Before, He worked in Wayra (Telefónica Seed Stage Corporate Venturing Unit) managing the portfolio of +500 startups generating >50M€ for comapany. Rafa holds a Telecommunications Engineer UMH, MBA IE Business School, Certificate in Entrepreneurship and Innovation from Stanford University, Executive Program from ISBIF Venture Capital. Mentor of Startups, blogger on innovation specifically in Think Big Empresas Telefonica Blog. Strong Technical skills in Cyber, Networking and Cloud adding special vision in scale business. Passionate about innovation, he understands innovation as the only tool to achieve digital transformation and change for new opportunities in the market. Constant participation in innovation projects and judging different programs as GCHQ accelerator program, star4big and so on.

Pablo González-Puelles is a member of the Telefónica Ventures Team. Prior to joining Telefónica Ventures in 2019, Pablo served as Fund Manager in the investment team of Welzia Asset Management for three years, where he executed quantitative modelling strategies in both equity and debt funds. Earlier on, Pablo worked in Fever, a social event discovery startup based in Madrid. In 2015, he developed from idea to launch La huella del dandi, an online fashion brand. Pablo holds a Business Administration degree from Universidad Pontificia Comillas (ICADE) in Madrid. He has also been designated as CMT and has passed first level of CFA certification.

Diana Ferreiro Terol is a former cybersecurity consultant with +15 years of experience, working in different international companies. Diana attended at UNED University. As an entrepreneur, she is the cofounder of iHackLabs (acquired by Telefonica) and Threatia Studios. She is a former member of the 3rd cohort of NCSC / Wayra Cyber Accelerator in Cheltenham, UK. Currently in Spain developing an amazing career in the department of Strategic Public Affairs & Investments 11paths in Telefónica Tech.

Let us know your startup

Contact us if you have a successful startup up & running.